The exhibition, scheduled in the Archives space from 25 November 2022 to 16 April 2023 , analyzes for the first time through publications, works and documents Italy’s key role within Fluxus, sixty years after the “FLuXuS Internationale FesTsPiELe NEUEsTER MUSiK” Festival in Wiesbaden in September 1962.

Italy participates to an important extent in the spread of Fluxus, in particular with significant experience in the production of “editions” : objects, graphic folders, artist’s books produced as multiples. They are works created together with the protagonists of the movement, such as Eric Andersen, Joseph Beuys, George Brecht, Giuseppe Chiari, Philip Corner, Geoffrey Hendricks, Allan Kaprow, George Maciunas, Nam June Paik, Ben Patterson, Dieter Roth, Wolf Vostell, Bob Watts and many others.

The creation of editions plays an essential role in the systematic dissemination of the movement, a strategic choice that identifies low production costs, ease of distribution (even by post) and accessibility to the general public thanks to economic prices as strengths. Features that fully respond to the idea of ​​ democratization of art pursued by Fluxus.
It is in fact in the second manifesto of 1963 that Maciunas speaks of a Revolutionary Flood that makes art accessible and understandable to all, with a direct and unmediated attack on the market system.
The idea of ​​flooding is embodied in the small editions that characterize the Fluxus production: a myriad of small objects that, like water, can reach anywhere, bringing with them the new aesthetic vision of the world.

The multiples and numerous editions on display, from the Luigi Bonotto Collection, explore and deepen the radical change that the diffusion of editions brings to the enjoyment of the work of art in the world of Fluxus and its admirers.
From an elite object, intended for a few users of a small circle of wealthy connoisseurs, the work becomes a cheap object, accessible and purchasable by anyone, often accompanied by an “instruction manual” for an action to be performed at home , as the indications contained in George Brecht’s “Events” often invite us to do so.
This further step towards the deconstruction of the art world has had and continues to have repercussions that are still difficult to investigate. In fact, not only can any object be elevated to art, but anyone can operate this step, without necessarily needing official recognition. 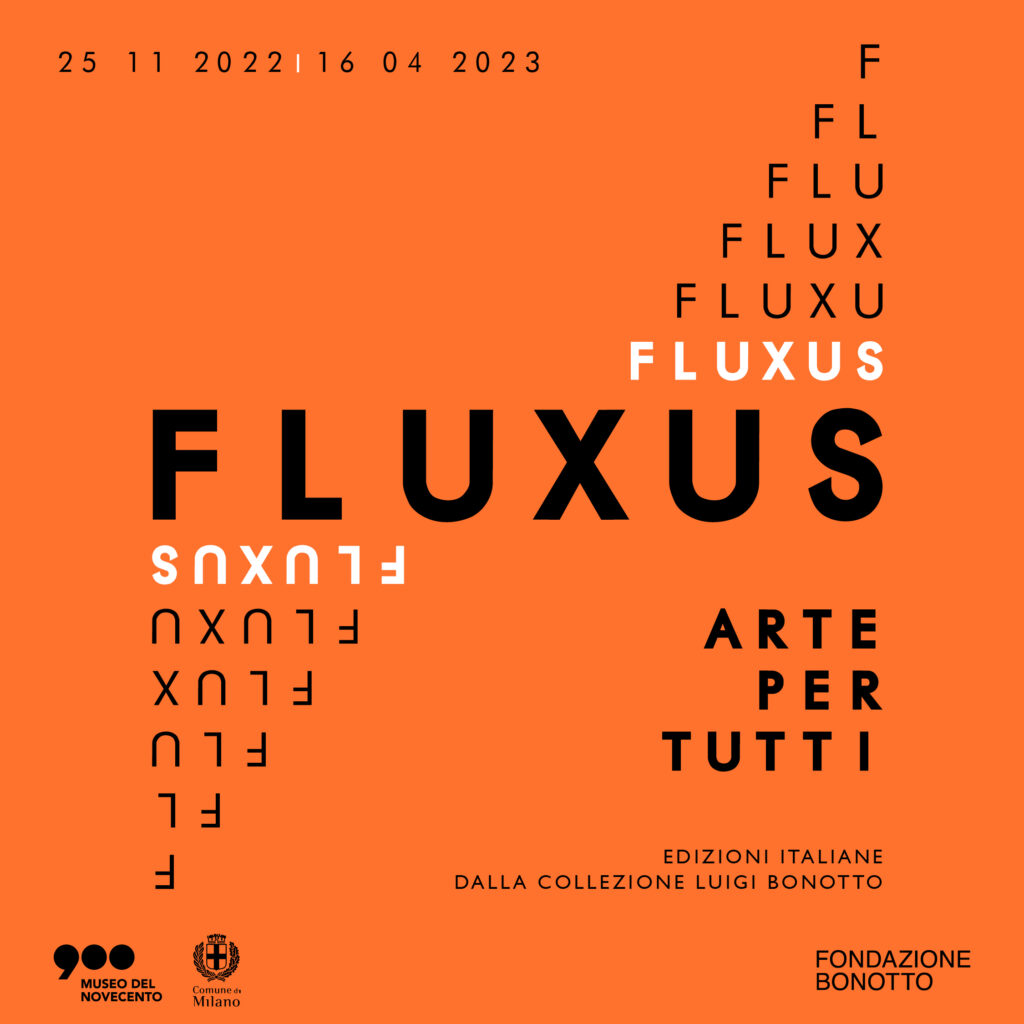